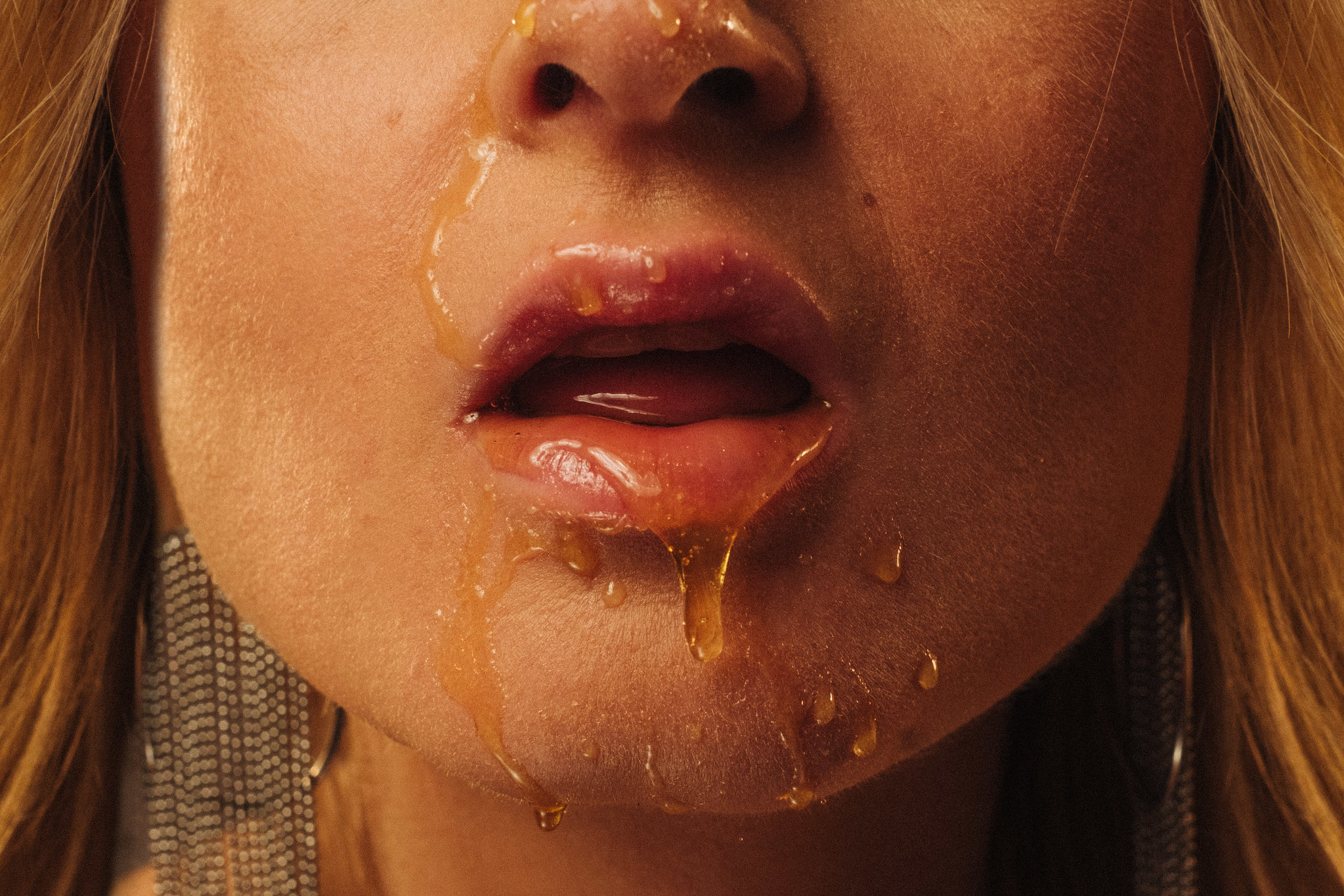 Cristiana’s got one of those unique faces but she’s totally camera shy. I’ve been hounding her for months to shoot get her DJ press kit done (yes she’s a DJ) but in the end, she said she just wants to be my guinea pig for whatever random idea I can cook up. 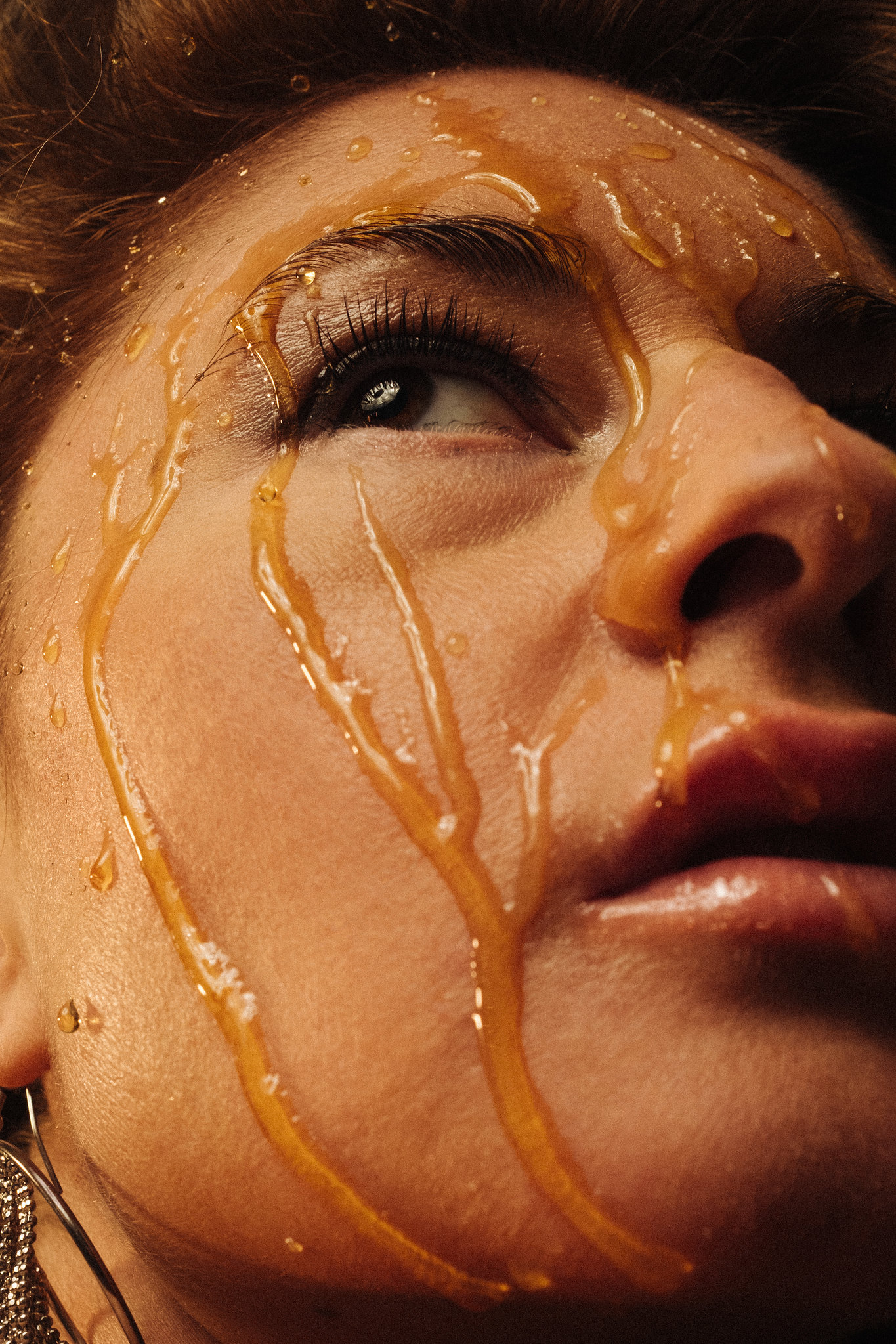 When someone says that I take the opportunity. It took me under 10 seconds to imagine her golden hair and sun kissed skin drenched in honey. I was actually a little surprised when she agreed to have honey poured all over her face. Not coz it’s messy or anything… but coz she’s VEGAN! 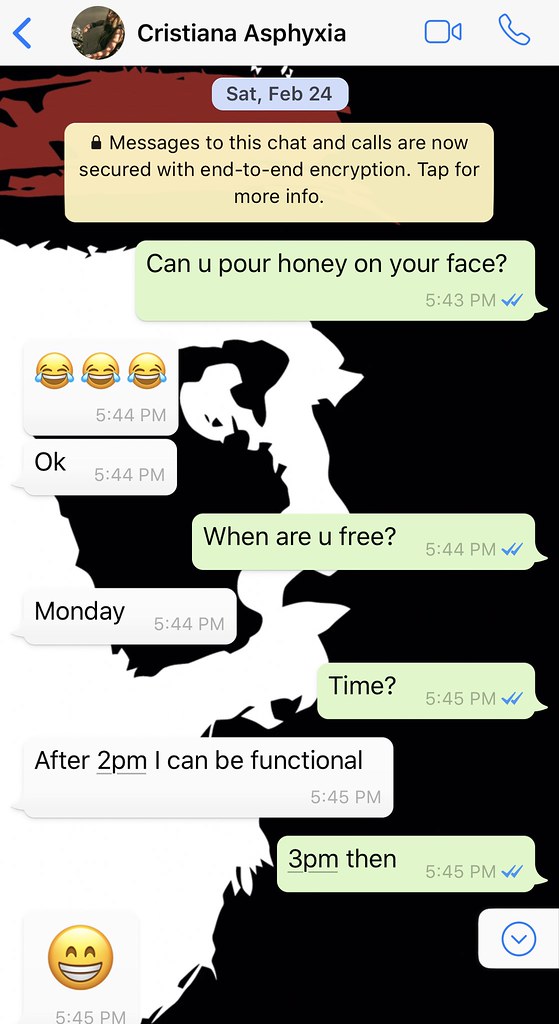 For this look I wanted everything to be super warm. I set up 2 warm LED lights behind her as hair lights, a gelled and gridded Profoto B2 against the background to make it orange, and another B2 with an OCF beauty dish as my main light. I also had. A large golden reflector below her face. 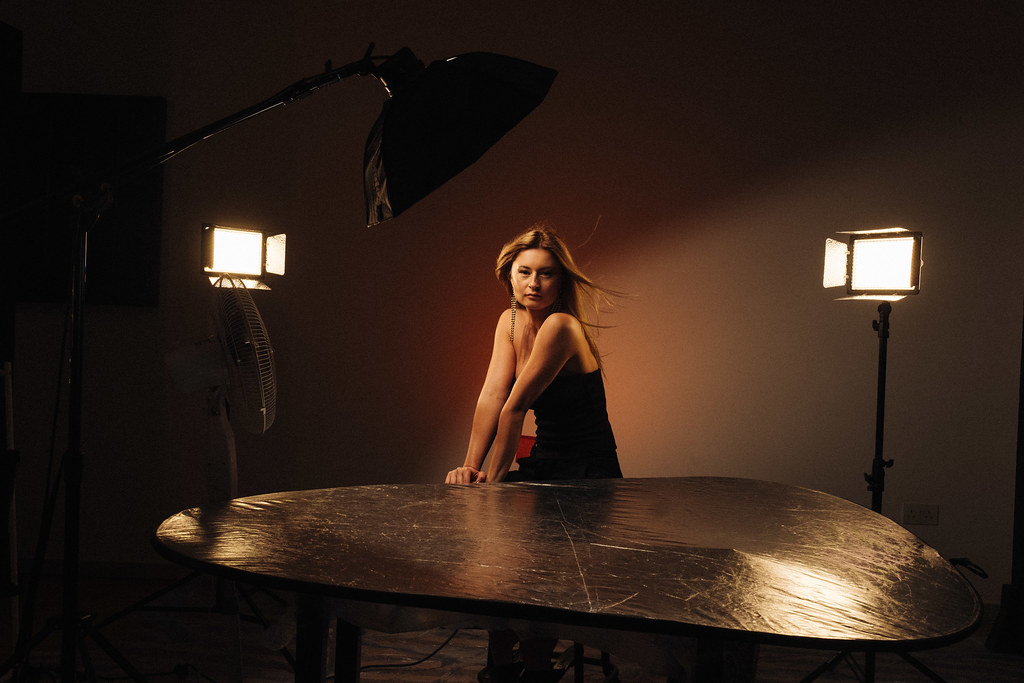 Confession time, I actually tried this shoot on film as well but I completely botched it. I wrongly assumed that the sync speed on my 1965 Minolta was 1/125s. Come on… that’s a pretty good assumption. However, it was too fast and all my photos had black lines across them. Anyway… I had to tell you. I couldn’t keep it a secret. 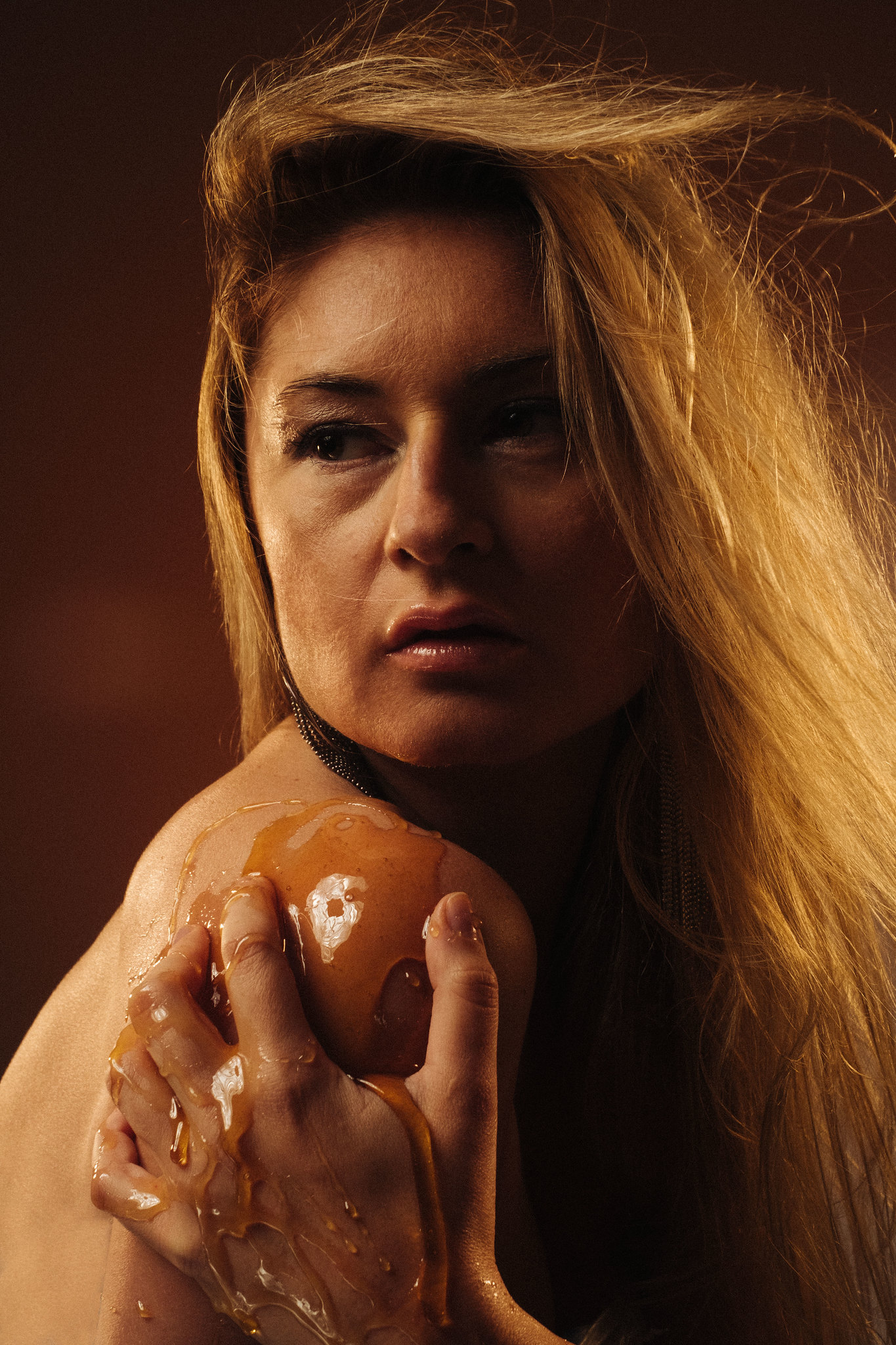