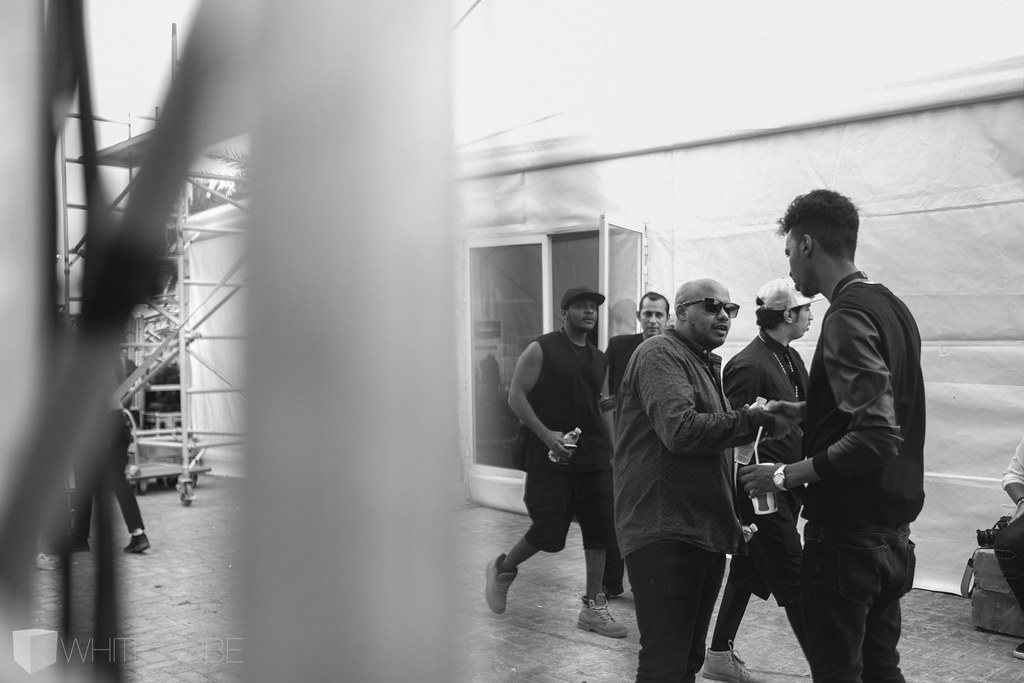 Last weekend was a beautiful step in the evolution of our music scene. No it wasn’t the glitz and glamour of the stage and lights, or the press or TV coverage, it was the artists interacting and supporting each other. If you’ve ever been backstage at a concert you’ll know that each artist gets their little room where (if they actually show up before they’re supposed to be on) they tend to stay inside with their own crew and not mingle with anyone else outside. On the contrary, the backstage area at MBC Actionha  on Yas Marina Circuit in Abu Dhabi was a party on its own. The love, the hugs and the mutual admiration was really something to experience. In the past I noticed that artists kind of knew of each other through social media, sometimes they would have met at a gig, but almost never knew each others songs. However, this time, almost all the artists were right up at the front chanting and supporting their fellow brothers and sisters in music. Simply beautiful and a huge step towards creating a stronger community…..

Shout out to Anghami for supporting the local music scene