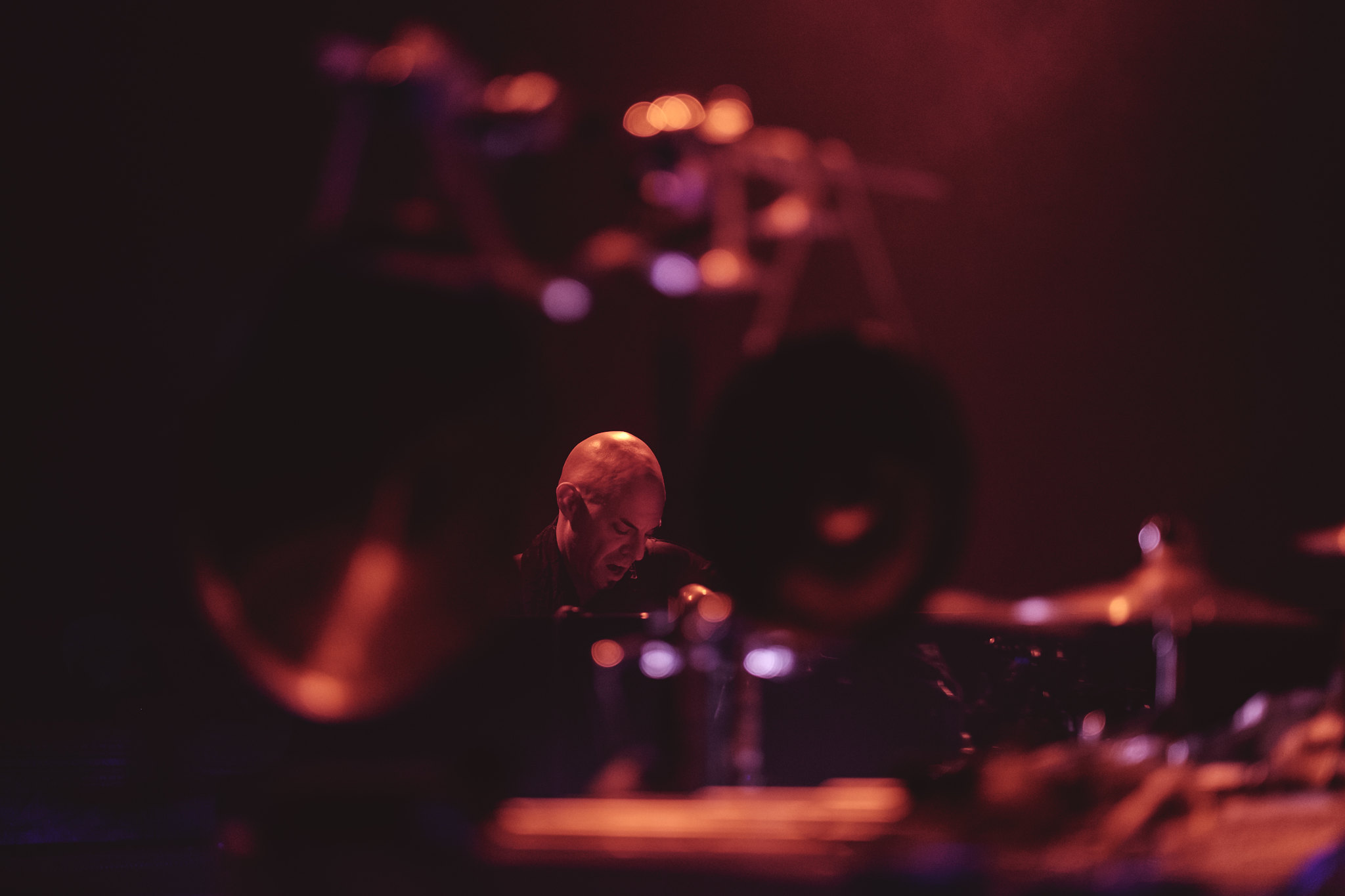 I’ve been shooting NYUAD’s concerts for about a year now and the one thing that remained constant is that nothing ever remained constant. Every performance was unique and presented new challenges; from extremely low light situations, to 24 piece bands to performances where you can only shoot from one spot. So I wasn’t surprised when the first curve ball they threw me was NIK BÄRTSCH’S MOBILE 27-hour performance installation.

Where do I start? Let’s try a chronological order of when each challenge hit me. First, we had 27hrs to cover. That was actually the easiest challenge to overcome. We split up my “shifts” based on the NYUAD and NIK’s advice as to when the “ceremonies” start and end. I later understood a ceremony to be like an organized and intricate piece that lasted about a coupe of hours, as opposed to the parts in between where it’s usually one or two musicians doing a solo or improv.

(If you’re not a photographer this part might sound like gibberish). Then came the lighting situation. I had initially setup my self with 2 cameras; Fujifilm XT-1 and XT-2 with the XF14mm f2.8 and the XF50-140 f2.8. When the musicians walked in and the lighting was adjusted my XT-2 started metering at ISO 12,800 and I knew I had to change something. I quickly ran out and switched up my lenses to the XF23mm f1.4 and the XF56mm f1.2 to gain the extra few stops of light. Crisis averted.

An hour into the performance I realized nothing was visually changing. The musicians were in the same place, playing the same instruments and the lighting was static. How on earth am I going to get a set of unique images to justify my existence for that many hours? After a chat with Bill Bragin at 3am I decided to take his advice and put my camera down to immerse myself in the music. That’s when I started o notice the subtleties in how the musicians were communicating with each other and how the crowd reacted to the ups and downs of the compositions. This is the moment where I actually appreciated this performance. I felt like I was part of something. I ended up passing out for an hour at 4:30 and when I woke up I focused on capturing those moments of collaboration mixed with expressions of fatigue. Obviously how well I did is subjective so I would love to hear you feedback