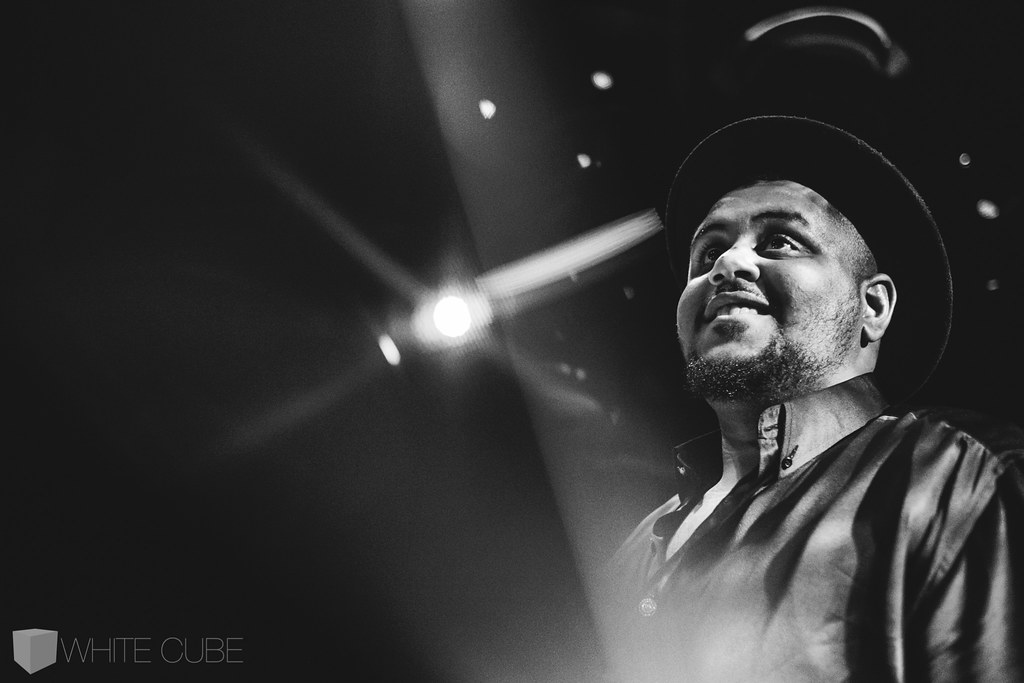 A few months ago we had Menon‘s video launch, where Tiny did the opening set…. Today, Laura Lopez is opening up for Tiny’s “Center of Attention” music video launch… All three artists represented by Boom Box Entertainment. It’s like a tiny music family (get  it? Like TinyMusiq…?). Okay… I promise, the next joke will be better.

The night started off with Pacha Ibiza Dubai showcasing their own talent of mouthwatering specimen for both the boys and the girls to enjoy… And which ever way they swing too…
On comes Laura Lopez. Man… She’s hot. And its not just me. I looked around and everyone was whispering to each other “Man She’s hot…” I started wondering what she eats… Possibly cellary and cabbage. First i thought “great, another pretty face with no voice”… But when the beat dropped and she belted out those high notes I became a believer. Laura Lopez will definitely be on everyone’s radar next season. Ps. I did mention she was hot right? Yeah okay… Just checking.
Tiny rocks up. Yes this was the Center Of Attention video launch but the highlight was probably Tiny’s song that he wrote last night about his best friend who past away several months ago… First verse was smooth… First chorus hit and Tiny’s voice started breaking a little. By the end of the second verse it was fully on tears… Cleared his throat. Pushed through the rest of the song with mad love from the crowd. The show stopped for Tiny to recover with a line up of people offering hugs and love. What a beautiful moment.
Onto the music video. Well done to everyone who was a part of this. Very well put together with stunning visuals, but the most heart warming parts were where a lot of the artists and community members came to support and took part in the video. It’s great to see the music scene in the UAE grow into this community.
Now the question is… where do we see this video again….?
used iphone 7 32GB prices

Waleed Shah
Official Fuji – X – Photographer
All photos in this blog are shot on the Fujifilm X-Series gear
Facebook: @waleedshahphoto | @whitecubeuae
Instagram: @waleedshah | @whitecubeuae
Snapchat: @shahwaleed | @whitecubeuae
White Cube is a movement established by musicians for the local music scene.
We can do it all from recording your album to producing your live gig with audio, photos and video.
We offer a wide range of Audio/Video/Photo services that can be bundled for any event
Audio recording – Music Production – Video Production – Photography – Live audio equipment rental
Waleed Shah2018-11-16T14:56:31+04:00